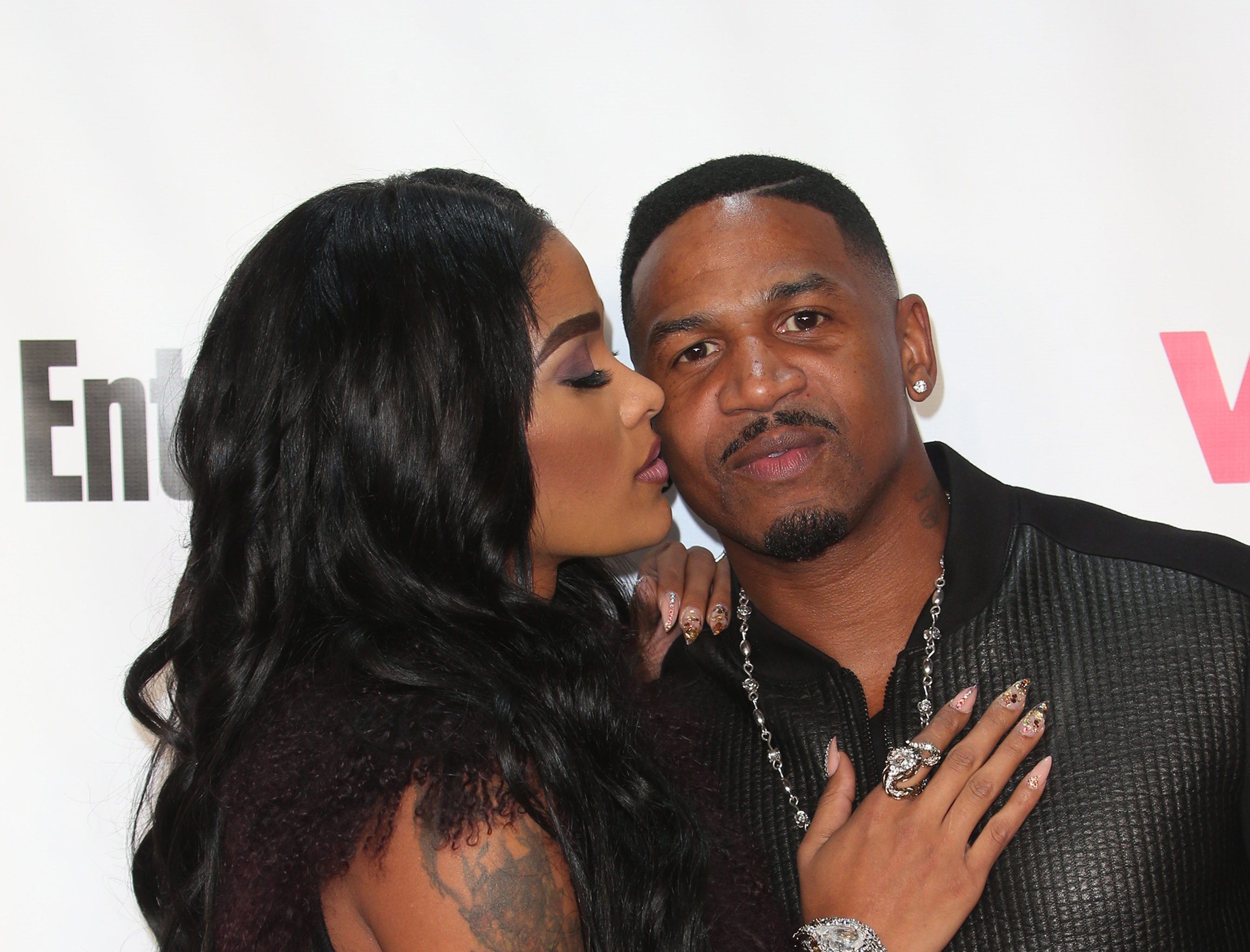 Trouble in paradise for Mr. and Mrs. Jordan. Both Joseline Hernandez and Stevie J have recently separated after being together for at least three years.

Everything went left when Joseline and her alleged boo Young Dro appeared on Hot 107.9 Atlanta. The Puerto Rican princess took some shots at her “#1 hitmaker.”

“We are separated and we are married and that’s what guys do when they get upset, they lie, they go on tour and instead of announcing their new music when they haven’t had on the air in 20 years plus, you go on tour and disclaim your beautiful wife that’s been nothing but good to him. I’ve been nothing but great to you, I’ve been a great wife to him, I’ve been cheated on, lied to and I stood by him…and when I packed up and I left the home, the best thing you can go on tour and start disclaiming your wife…you look like a sucka…real men don’t do that, if you gon go on the radio, have a hot song, don’t call the radio station on no stupid sh*t”

On the other hand, Mr. Jordan wasn’t having and definitely wasn’t going to let Joseline little rant slide. He took to Instagram to reveal that him and his lady was never married. I believe him too.

Hernandez continued on, she threatened to expose him.

Your best bet is to keep my name out your dick suckers lil nigga. Cause you and I know the truth and when I bring out that lil piece of paper your loose booty is going to shit your pants. Watch it undercover boss.

A photo posted by Management:JoselineHernandez (@therealbaddestputa) on Jun 5, 2016 at 8:48am PDT

Welp. This is a weird relationship and the both of them are so messy. We will pray for them.

The post #CherryJuice: Stevie J and Joseline Put Each Other on Blast appeared first on HipHop4Her.